After the Military was inspired by an old school mate who came through some adverse times after leaving the UK Armed Forces. He was hit by a car, through no fault of his own and was badly injured, about a year after leaving. For a while he was in a bad way. Fortunately, he is OK now, has married, moved to sunnier climes and just set up this own business!

However, like many of his cohort, when he left the Armed Forces, I was struck with how he had struggled with the transition from the military to the civilian life and especially the careers and employment side of it. It was of particular interest to me as I was working in recruitment and head-hunting and knew that whenever we had someone from a military background a lot of employers were keen to talk to them. Nonetheless, I was left wondering why some fare better than others when it comes to transitioning from the military and why finding a new career, quickly can be so problematic.

Of course there is and has been provision for individuals exiting the Forces such as CV preparation, writing covering letters and some workshops provided via the M.O.D’s supplier, a well-respected outplacement company. However the support is according to much of the recent extensive research often too generic, inconsistent and can be focused more on speedily securing a job in the short-term. This is fine for some but doesn’t allow other leavers to address their aspirations and develop their careers on a more long-term basis. 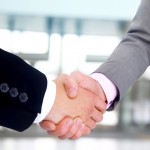 Our number 1 priority is to help you get into a better position for your future. 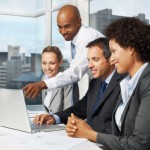 To guide you in the right direction for the future, wherever that may be. 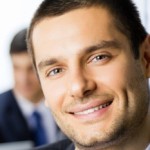 We will aim to create a wide range of opportunities for you to choose from for the next stage of your life.

After the Military specialises in helping ex-military personnel build a bridge to the right career when life in the forces has come to an end.

Why After the Military?